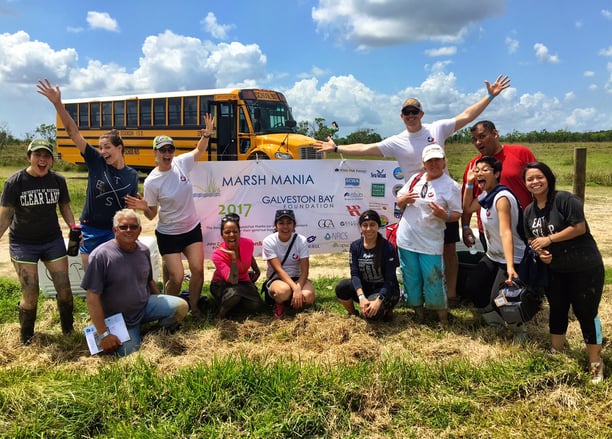 Port Houston employees celebrated this year’s Earth Day by joining Galveston Bay Foundation and dozens of other local volunteers at the 2017 Marsh Mania event. The program, now in its 18th year, is a nationally recognized Texas Parks and Wildlife project focused on restoring marsh habitats.

The goal of Marsh Mania is to encourage local citizens to become involved in hands-on wetlands restoration activities while increasing their awareness and appreciation of wetland habitats and functions. Since its creation in 1999, Marsh Mania has involved more than 7,700 community volunteers in the restoration of over 207 acres of vital salt marsh habitat at 89 sites around Galveston Bay.

Port Houston teams had a muddy good time as volunteers successfully planted over 6,250 stems of cordgrass on the banks of the Dickinson Bayou. Volunteers often found themselves up to their knees in mud, but ultimately worked to create and restore nearly 27 acres of marshland.