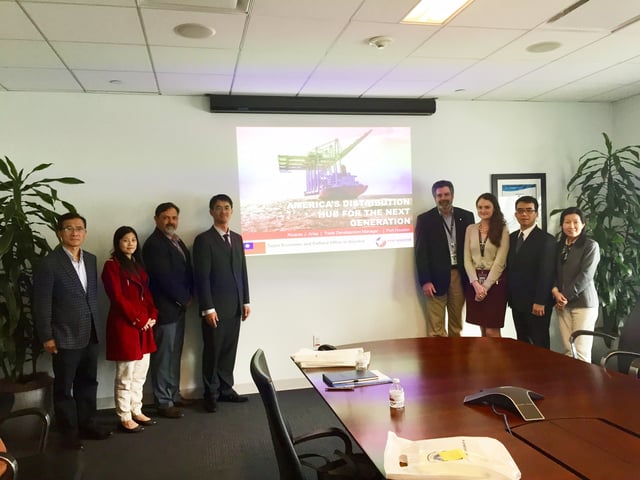 Port Houston staff welcomed representatives from the Taipei Economic and Cultural Office in Houston for a briefing and tour at the Bayport Container Terminal.

Ricardo Arias, trade development manager for Port Houston, highlighted the port’s history and provided an overview of the some of the port’s most recent projects, as well as some of the different commodities shipped through the port, including refrigerated cargo and plastic resins.

“Resins are the biggest factor for Houston exports,” Arias said.

Asian imports account for 41 percent of the port's global trade share. As the largest container port on the Gulf Coast, Port Houston has a myriad of import and export ocean services directly linking Asia to North America.

Port Houston also has three weekly all-water services connecting East Asia to Houston via the Panama Canal. Direct all-water shipping to Houston has been a cost-effective way to bring Asian goods to and from the south central U.S, noted Arias.