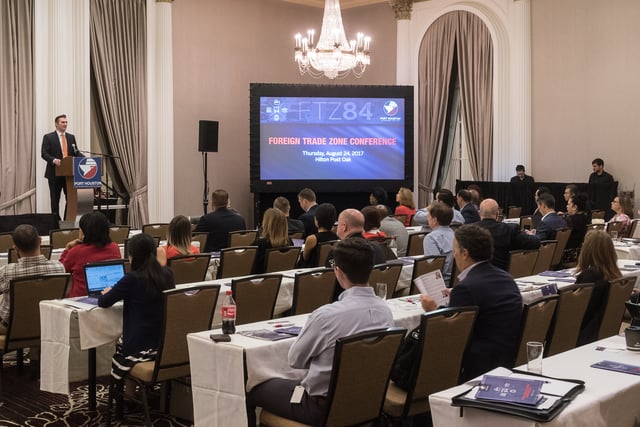 Texas is the top state for FTZ activity in regards to merchandise received and exports. A total value of $660 billion was received into active FTZs in 2015, noted an Ernest and Young Global Trade representative.

FTZs allow for distribution, storage, repackaging, testing and inspection, assembly, repair and manufacturing. No duty is paid if merchandise is exported directly from the zone.

The event was held at the Hilton Houston Post Oak Hotel.